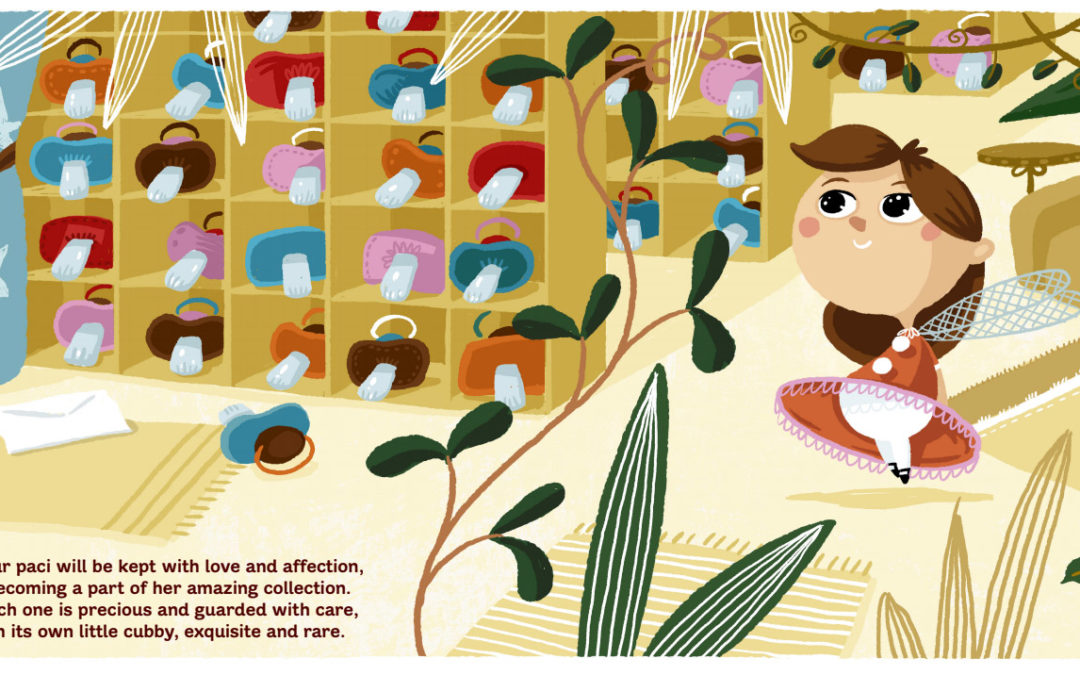 It is with immense excitement that we debut our first book and share Pacita’s journey with you; a journey over seven years in the making; a journey that has seen our lives change in innumerable ways. Just like the main character in Pacita, the Pacifier Fairy, we have faced challenges and grown in ways we never thought possible.

This is Pacita’s story. This is our story.

The concept of the Pacifier Fairy began in the summer of 2012 with our daughter Ava and her best friend Mathilda when they were just 2 years old. They were having difficulties letting go of their precious “tototte” so we came up with the idea of a fairy-tale character to help comfort them during this difficult time. We toyed with the idea of writing a book, but life got in the way－as it has a habit of doing－and we moved to California from Paris, uprooting our family and planting new roots on what felt like the other side of the world.

So it wasn’t until four years later that we finally sat down and wrote the verses (initially in French) and started talking with a publisher. A year later, in 2017, we began working with Oliver on illustrations. We had been introduced to a couple illustrators, but when we saw some of Oliver’s previous work we knew it was exactly what we were looking for. We immediately fell in love with his style and thought it was the perfect fit for our story.

As we settled into our new home in America, our dreams grew and we saw the potential for our story to reach a wider audience. We thought about writing an English version in addition to the French one, and started working with Sophie, with whom we had been taking English lessons. It was around the same time that we decided not to move forward with the French editor and focus exclusively on the English version that we finally came up with the name for our pacifier fairy. We wanted something unique, something that made her feel personal yet connected her to the world of pacifiers, and thus Pacita came to life.

From there, things started to pick up speed. After looking at our options and contacting numerous publishers, we made the bold decision to self-publish. We knew this would mean an enormous amount of work on our part, but we felt it was the only way to be sure we could share Pacita with the world exactly the way we wanted to.

We also realized that Pacita was just the beginning; since starting this journey our kids have gone through and grown so much, and we have grown as both parents and authors. We’ve also realized that one of the things we love most about the book is the 4 pages of practical advice for the parents. We now want to create a whole series of books to help families work through those challenging moments of a young child’s life. Not just stories for kids, but work together with parents as a team. So while we prepare for Pacita’s launch in Spring of 2020, we’ve started working on some new ideas for our next adventure!

From all of the creators of Pacita the Pacifier Fairy, we are looking forward to the future. This book could not be described as anything less than a labour of love and we hope it delights both you and your young reader!